RECIPES DELIVERED RIGHT TO YOUR INBOX! 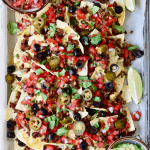 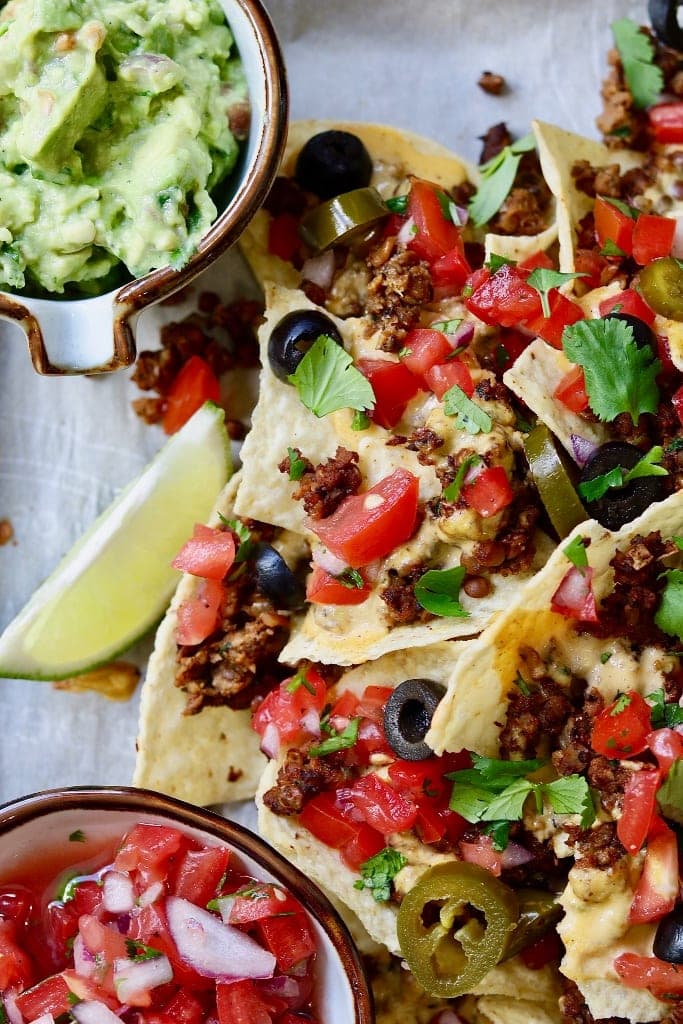 I don’t have a restaurant near me that serves up vegan nachos! and that’s ok by me! My nachos recipe surpasses any restaurant by far!! I know you’ll agree! They’re Super hearty and make a great lunch or even dinner and of course they’re the best for game day!

They are loved in my house! Seriously they’re top notch, dairy free, pretty darn healthy and meatless too! woot woot! My Vegetarian and meat eater friends adore this recipe!

The best thing about them is how versatile they are. There are so many toppings to add to the tortilla chips.

For my vegan nachos: I’ve added my super easy vegan taco meat (no walnuts) , the best vegan nacho cheese sauce (made with Daiya cheese and cashews), guacamole and of course no nachos would not be complete without Pico de Gallo! 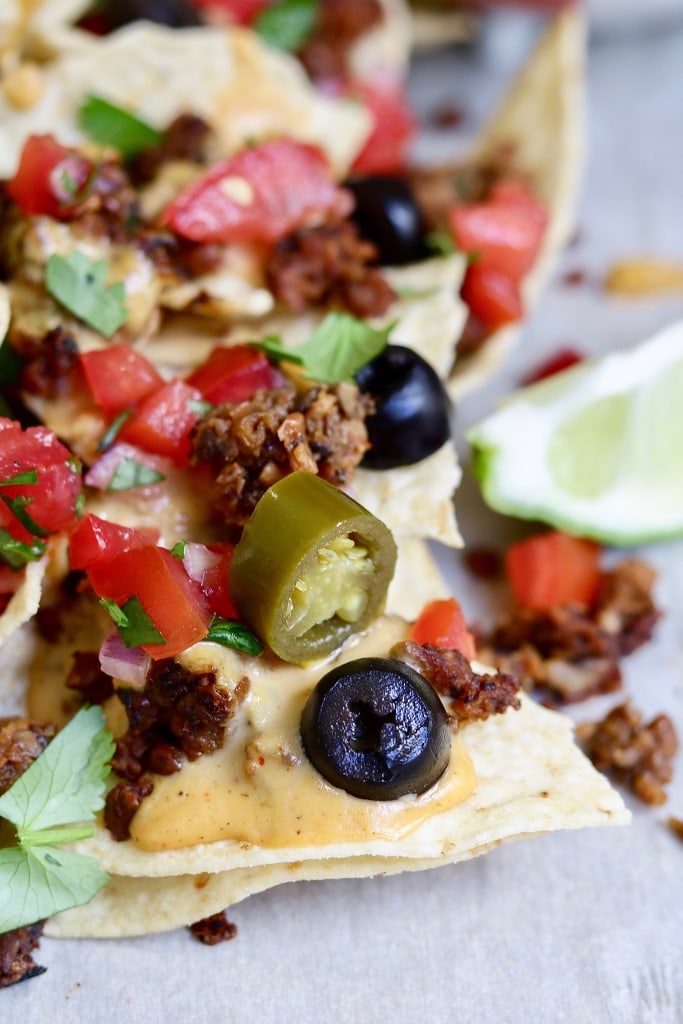 How to make Vegan Nachos:

First you need to make a few recipe components for the nachos. you can make the taco meat and vegan cheese sauce the day before if you like.

For this recipe You will need:

And then its just a matter of layering the tortilla chips, taco meat, and cheese sauce on a parchment lined baking sheet and baking them in the oven.

Then remove the nachos from the oven and top with fresh pico de gallo, olives, pickled jalapeños, chopped cilantro and either add guacamole or serve it on the side. 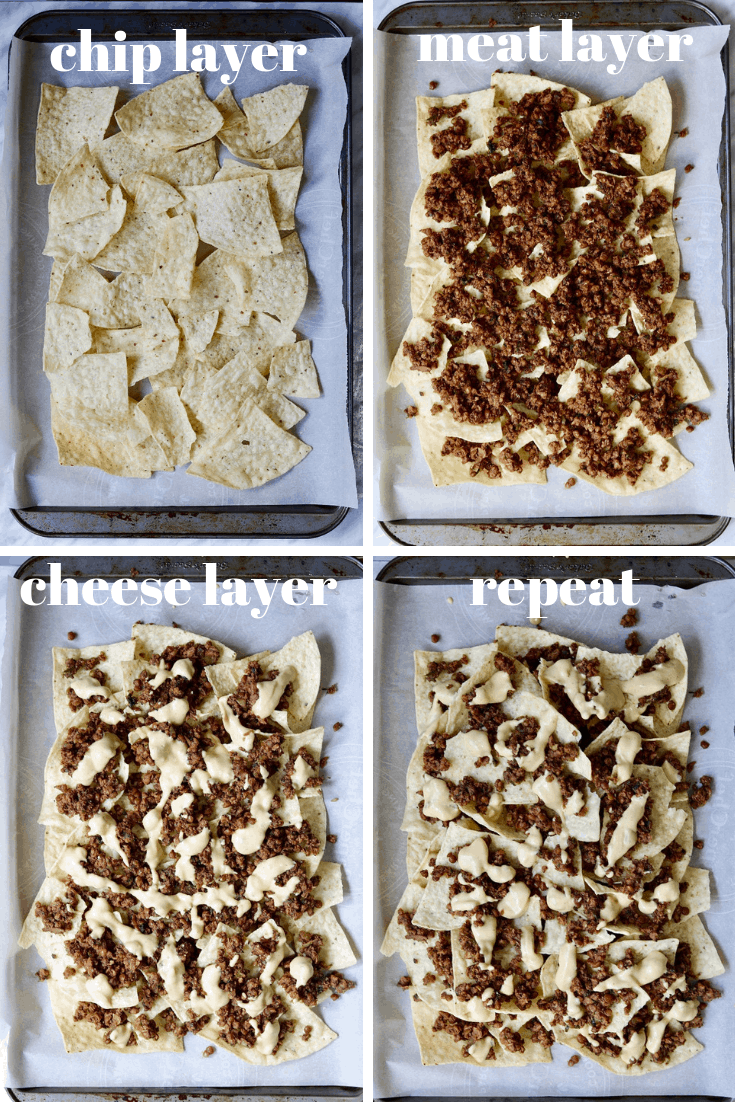 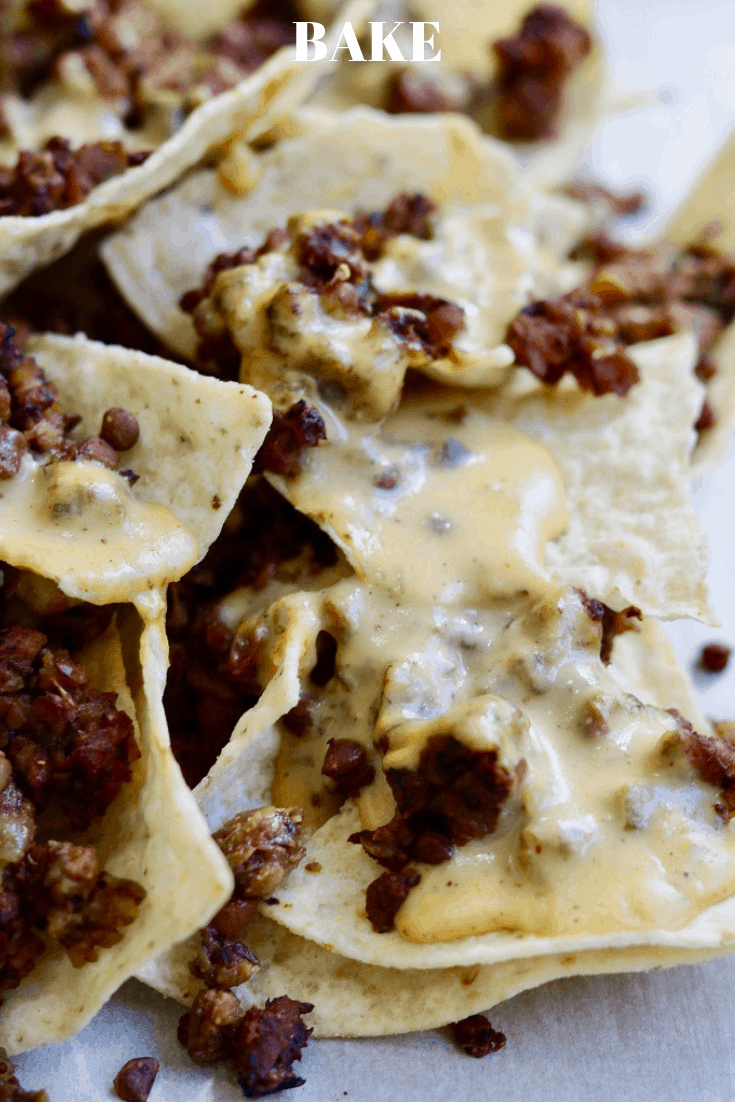 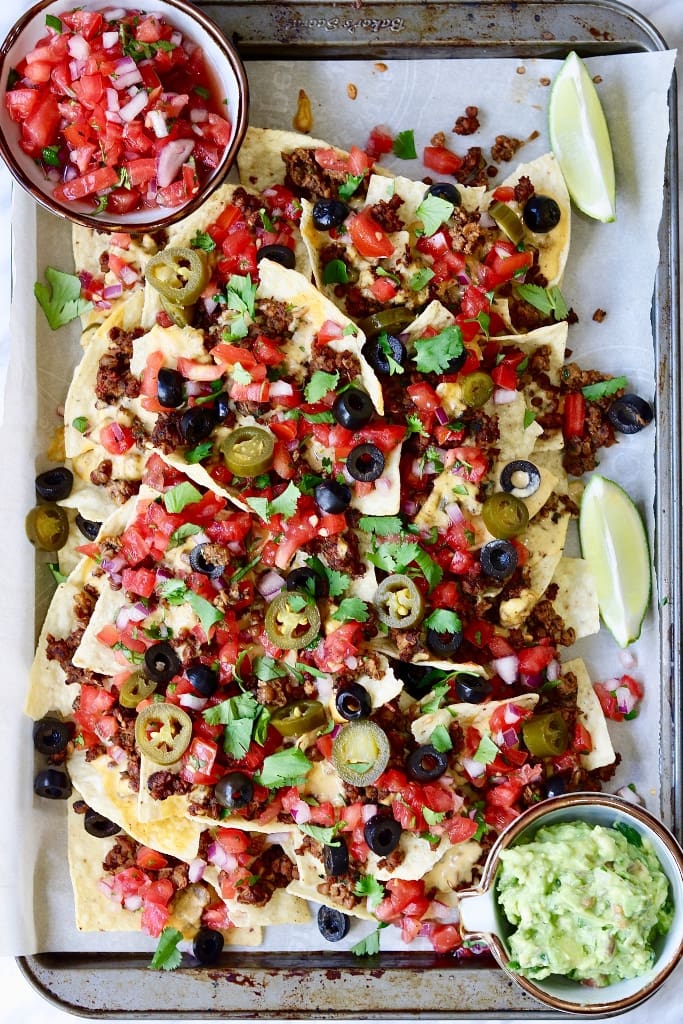 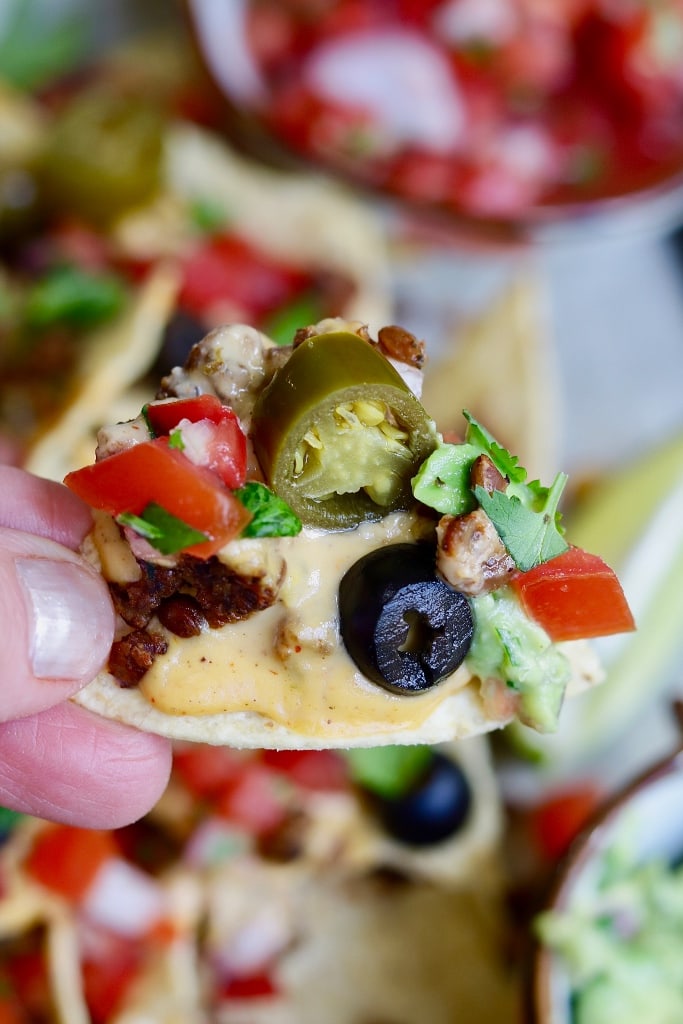 Enjoy guys! Happy day to you? feel free to leave a comment and a rating below. I would love to hear from you.

More topping ideas (or on the side)

FOR YOUR WEEKLY RECIPE FIX. IT'S FREE

Welcome to My Vegan Food blog! “The Cheeky Chickpea”

where I share the best simple vegan recipes everyone will love and the most popular comfort foods veganized! So if you're a lover of delicious healthy plant based and exceptional vegan food, then you're in the right place. Grab your apron, lets get cooking. More about me... 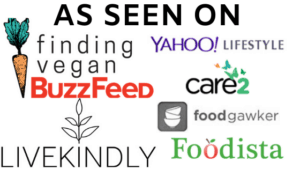 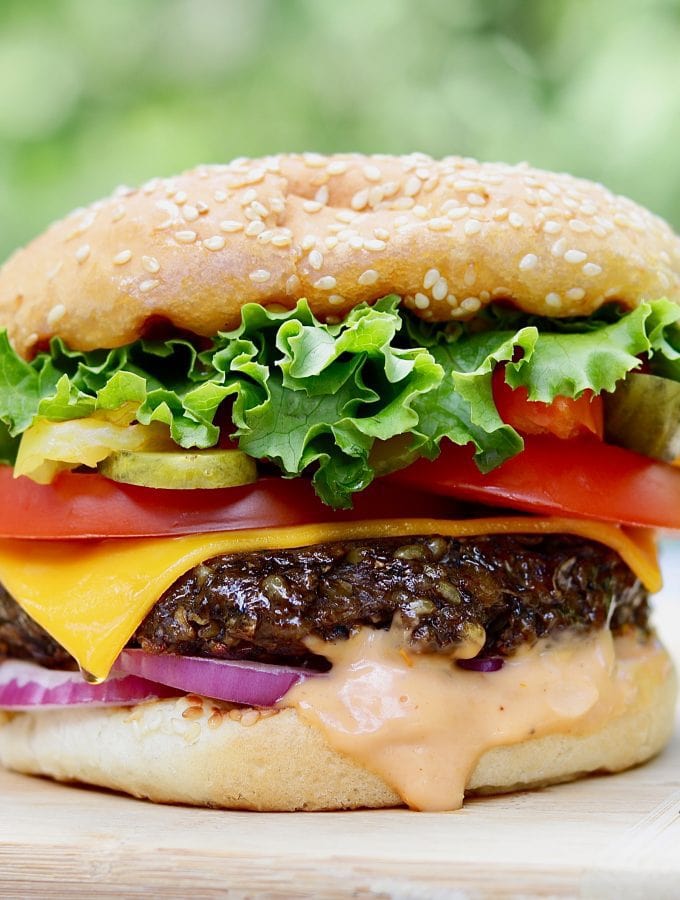 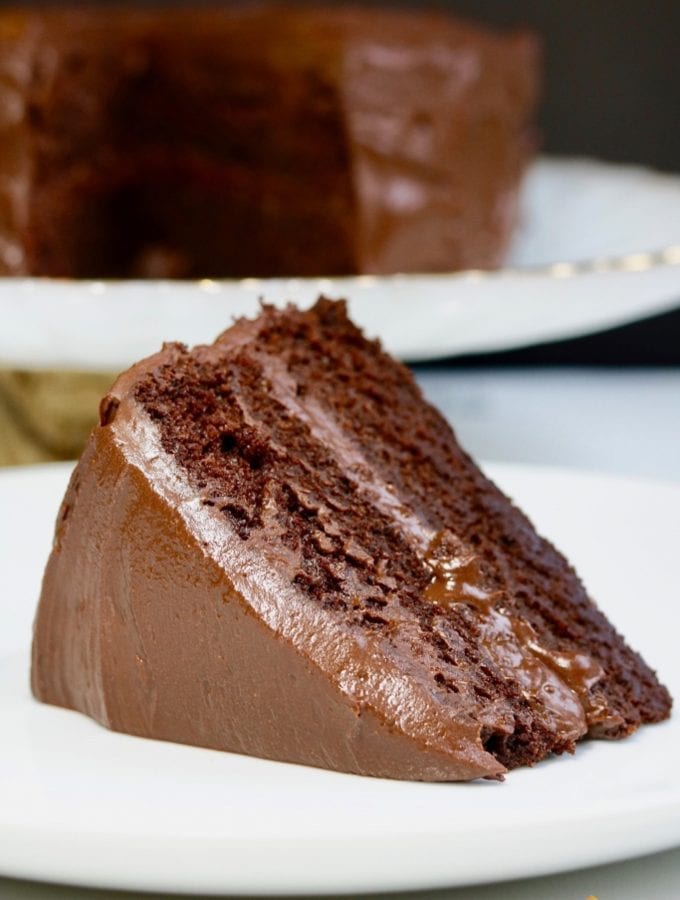 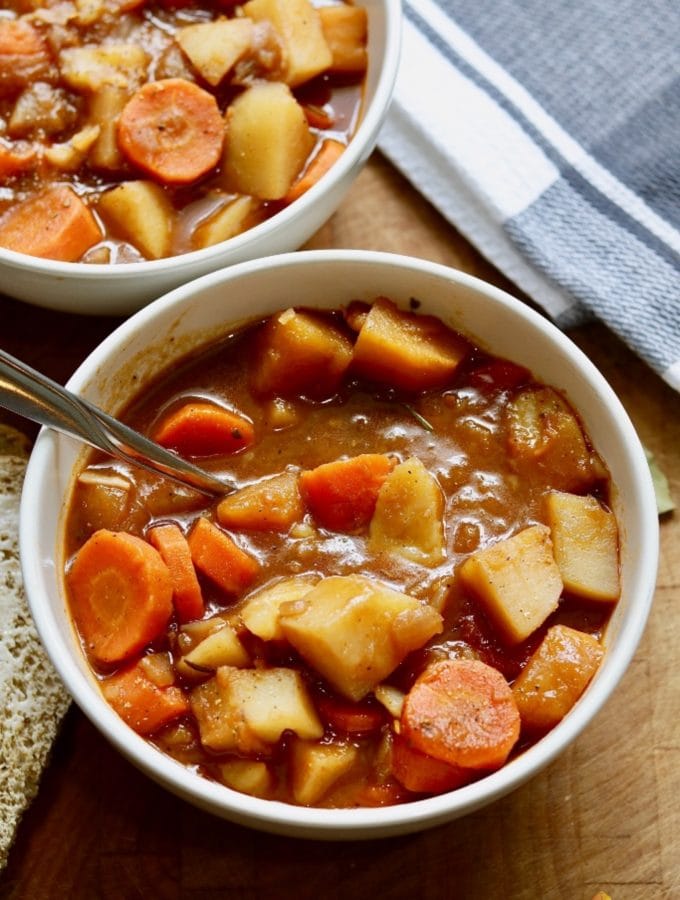 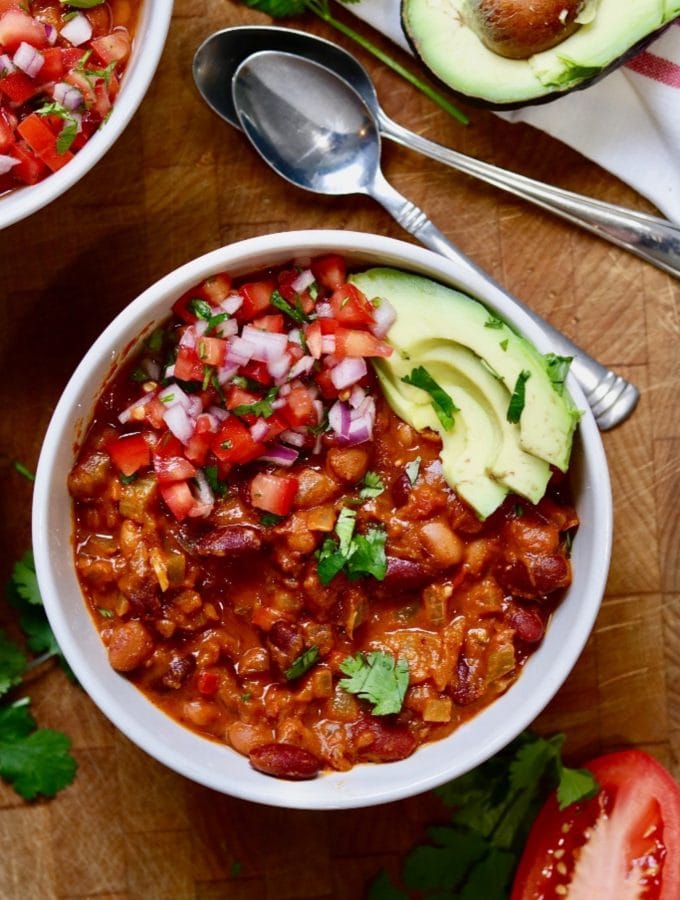 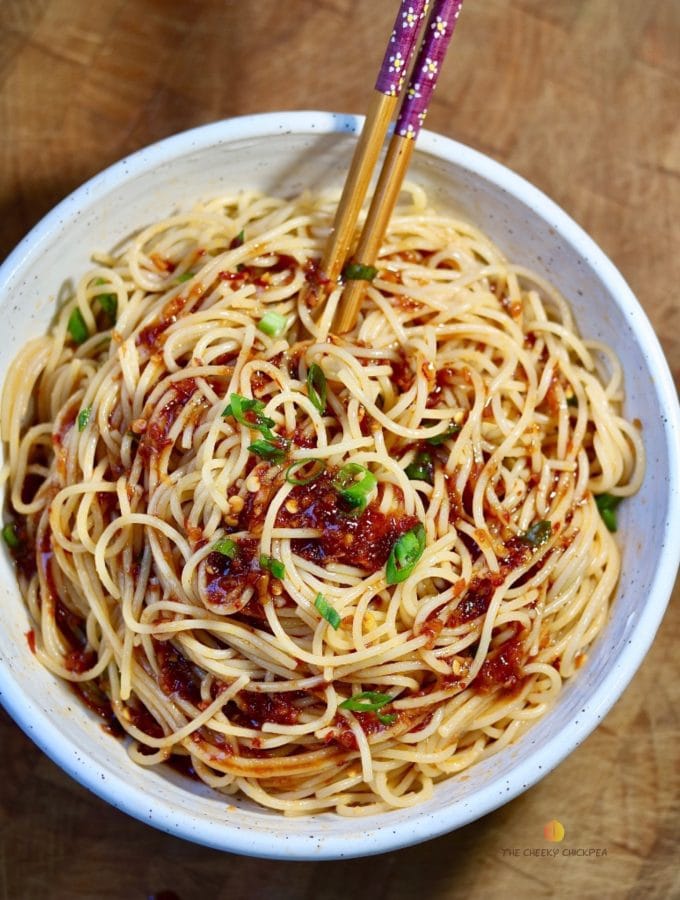 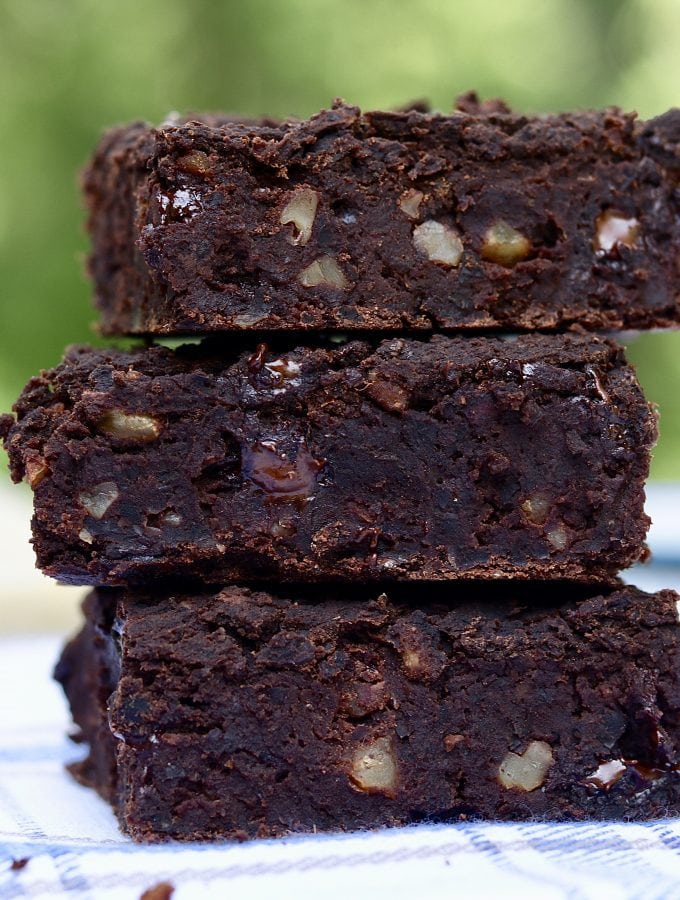 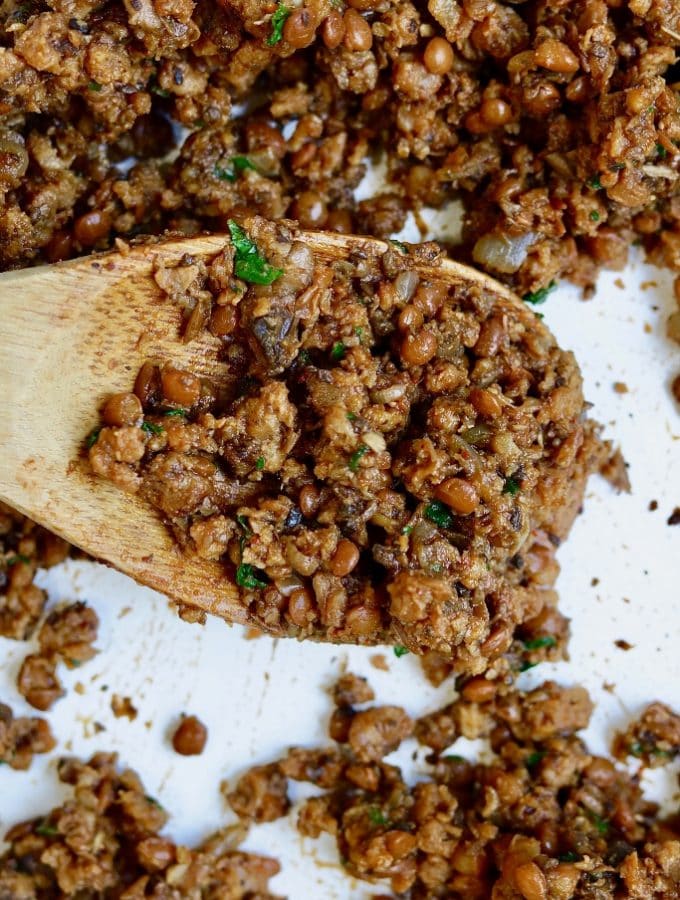 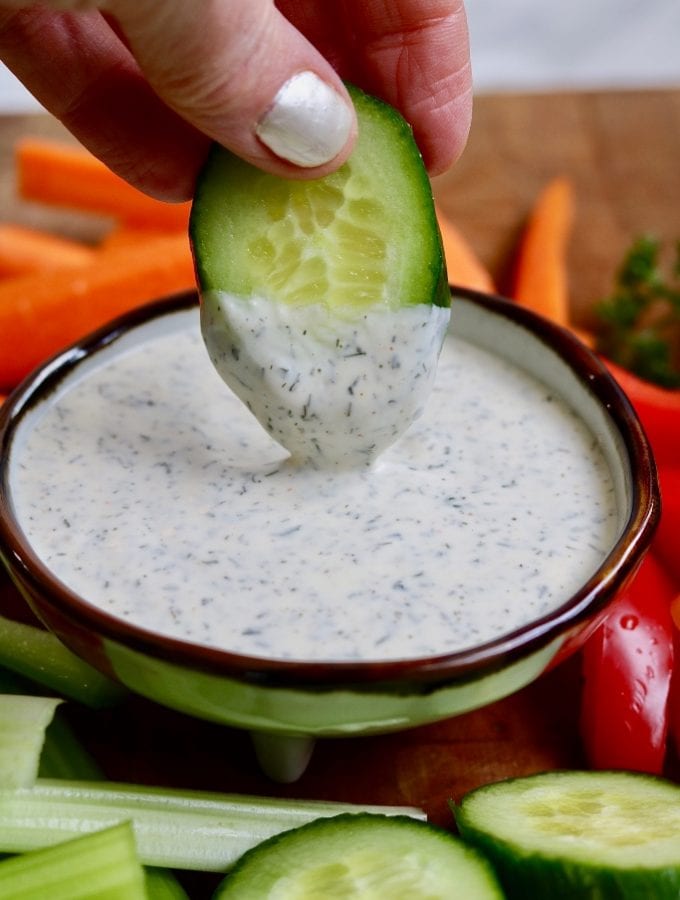 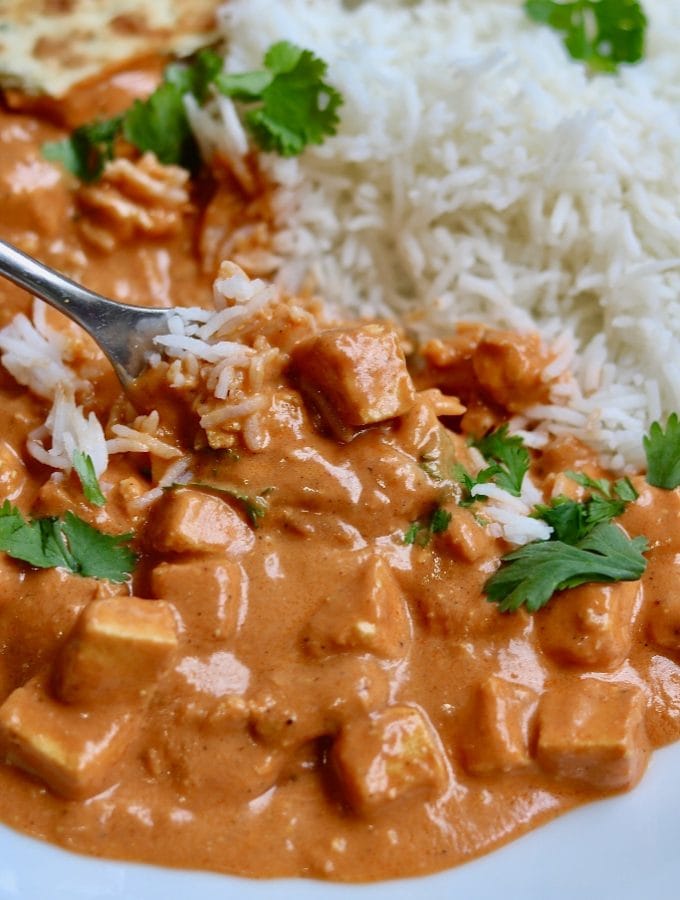 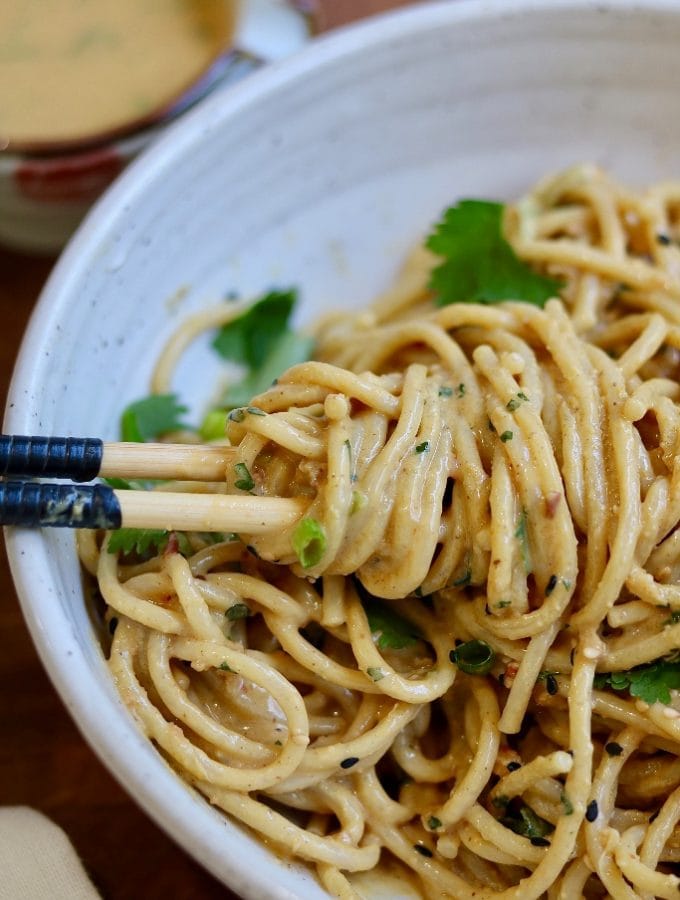 I'm Verna the photographer, designer and recipe builder for my website "The Cheeky Chickpea". Grab a drink, and enjoy some tasty Vegan Recipe browsing. Cheers 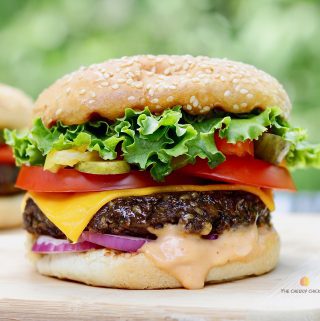 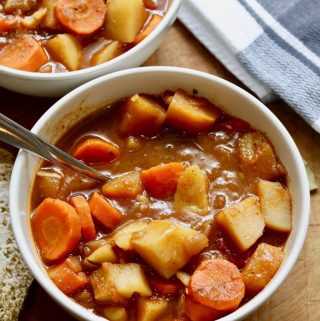 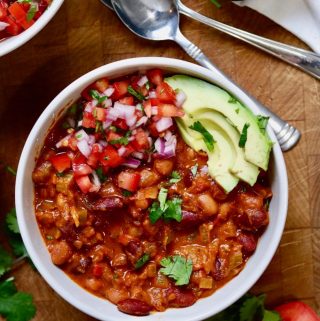